This past Sunday, My fiance and I participated in a 2 mile prediction run hosted by the Badgerland Striders.  There were a couple of things about this run that had me really excited-
1)The route is one that i have trained on and is about 3 miles from my house
2)There were no clocks or "winners" it was a run your own pace "race"
3)This was a prediction run, not a race
4)If I was close to my prediction time, i could win a turkey!
5) The run was only 2 miles long!

There was the option to run a 15K, but my training is not strong enough right now to run a "feels good" solid 9 miles.  Plus, I like running with music and being able to check my pace on my Garmin, and I wouldn't have been able to use those on this run.  (I did find out at the run that music was allowed, but I didn't know that at the time of signing up and that swayed my decision to choose the 2 mile run).  Being a prediction run, upon signing up I had to enter a time that iI thought me and my fiance would finish in.  I predicted both me and Paul to finish the 2 miles in 15:48.  I know our training isn't as strong as it could be so i didn't want to estimate too fast of a time for us, but I also know even on weak training, Paul is a strong runner and 16 would be too slow for him.

The morning of the run, we got up around 7am to start getting ready.  I needed coffee and we had run out 2 days prior, so we left the house early to stop at Starbucks so I could get my caffeine fix.  When we left the house, the temperature was 34 degrees.  Not my ideal weather for a run.  By the time we left Starbucks,  the temperature had already risen about 5 degrees. We drove over to the race site and snagged a parking spot at the picnic area near the starting line.  There were over 300 participants at this run, and the parking lot near the start had about 30 parking spots available.  I should mention, one reason we were so lucky is we arrived an hour early.  We picked up our race bibs around 8:15 and then sat in the car until 9:15 (the race was scheduled to start at 9:30).

Sitting in the car, we took a few goofy pictures together to kill the time.


It was nice to be at the starting line in a warm car and not have to worry about walking in the cold, in a hurry, to get to the starting line.  About 20 minutes before the race started, i decided to get out of the car and stretch my legs (and throw out our coffee cups).  I saw a girl I used to work with taking a picture with her husband, so I went over to say hi and offered to take the photo for them.  It was nice to see her and to catch up.  When I got back to the car, we took our traditional pre-race picture together and then headed to the starting line.

This time, we didn't start right at the front. The run was on chip times, not gun time and this run wasn't about winning, so i didn't feel pressure to be at the front.  The race was scheduled to start at 9:30 but there was a slight delay and the run started around 3 minutes after the scheduled start.  The only complaint i have about the starting line is that the announcer didn't have a strong speaker to broadcast what he was saying, so i had to strain to hear.  I'm glad i didn't run the 15K because i couldn't hear how he was explaining the course. Later, watching some of the 15K runners i heard two runners passing each other ask if they were at the halfway mark. I think the speaker not being so loud left a lot of people not being able to hear how the route went.  It left a bit of confusion for the 15K runner.  The race did have lots of volunteers directing though, so that helped the runners to not get lost.  There were no mile markers for the 15K runners- the 15K course was a 2 loop out and back course.

Once the race started, Paul and I fell into stride with each other and were running strong.  I communicated to him when i felt the pace was uncomfortable and we backed off a little.  I did find myself enjoying running without headphones and a watch.  I was able to talk with Paul and i felt at ease not checking every minute what my pace was.  My favorite part about this run was that it was an out and back run.  I love those!  I always feel as though i thrive on the return; i know how far i have to go and am able to give it my all.  When we turned around to head back to the finish line (starting line), Paul felt something shift in his stomach, i think it was the Tall latte from Starbucks and had a bit of pain running.  Despite his stomach pain, we both felt strong in our running on the way back. Strong as we felt, i did feel like my legs were dying and like the pace was uncomfortable, but that is also how i knew i was running faster then normal. When we could see the finish line, we picked up our pace to a spring and finished strong. Of course, we finished hand in hand- we always do :)

After crossing the finish line, we walked for a bit before heading to the car. I needed to grab my phone so we could take our traditional after race photo.  On my phone was an email notification from the run. I had finished 26 seconds faster then i had predicted us to finish, Paul finished 27 seconds faster. We finished in 15:22 and 15:21. When we crossed the finish line (before checking out phones) Paul said to me that he was guessing our time would be 16:05.  We ran faster at this run then we had been training at and felt slower then we were.  To me, this means that we have a bright future ahead of us if we start training more often and more consistently. And by bright i mean our races will be faster and our bodies stronger.

After taking our after race picture, I suggested we go get some water and hang out for a little while to watch the people running the 15K.  Also, we realized we were trapped- the 15K was running past the finish line to make a loop and cars couldn't get out.  So we grabbed a cup of coffee and sat on the side of the road to watch the runners. I saw my friend Alyson run by so I made sure to cheer for her and on her loop back snagged a few action photos for her. Paul and I were really impressed with the 1st place runner of the 15K and watched him loop around and stayed around to watched him finish.  He finished the 9.4 miles in 58 minutes.  After he finished, we headed over to the gazebo where the food/coffee/water was to hear the winners of the turkeys from the 2 mile.

The last turkey winner from the 2 mile run was 25 seconds off of her prediction time.  I was next in line for a turkey! oh well, i cant win them all!  I did finish 1st in my age group and 7th female overall.  I'm very pleased with how Paul and I ran and I'm looking forward to our next race together on Thanksgiving morning.  I definitely want to run the prediction run again next year, and I think with more consistent training, we can run faster and stronger and have a better idea of what our final time would be.  I want to win a turkey next year!

Questions for you:
Whats the strangest prize you've seen given at a race?
Are you doing any holiday themed races this year?

Posted by Serenity On The Open Road at 7:04 AM 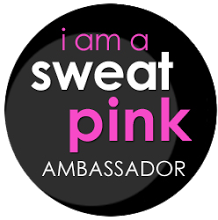 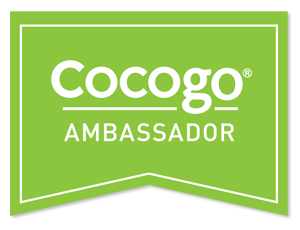